Jumping champion of the Westphalian

This admirable, handsome and high in type standing stallion can jump every possible demand required. The celebrated jumping champion of the Westphalian stallion licensing in Münster-Handorf/GER in 2013 impresses with scope, ambition, great reflexes and elastic natural gaits with an energetic move-off. Bellini Royal is a jumping stallion with absolute special class, which he already provided proof of during his 30-day test in Münster Handorf/GER. He received marks of 10.0 for jumping ability, character and temperament and finished with a final score of 9.35 with emphasis on showjumping.

From 2016 on, Bellini Royal scored many victories and top placings at competitions up to 140cm level. He was qualified for the German Championships for young show jumpers twice and proved himself in the international Youngster Tour, for example on occasion of CSI Balve/GER with Lutz Gripshöver. Additionally, he succeeds in transferring his sporting potential and type to the next generation. In 2017, his licensed son Belico Royal won the stallion performance test in Adelheitsdorf/GER and meanwhile, many of his sons and daughters are successful in competitions for young horses. Bellini Royal mixes athleticism, great appearance and attitude perfectly. He is a modern stallion with a bright future in both competition and breeding.

The dam Corona won several youngster classes. She is a half-sister to the foundation sire Arpeggio (by Acord II), who is stabled at the NRW-state stud, and who produced several internationally successful offspring, for example Ludger Beerbaum’s Olympic horse All Inclusive NRW.

The dam sire Cornet Obolensky, who was used for breeding for several years at Ligges stud, was with his rider Marco Kutscher part of the German European championship team, which won gold in Madrid/ESP in 2011. Furthermore he won the Nations Cup in Barcelona/ESP, Rotterdam/NED and Rom/ITA, the World Cup in Zürich/SUI and at the Grand Prix in Cervia/ITA and he was placed at top class events in Aachen, Bordeaux/FRA, Estoril/POR, s´ Hertogenbosch/NED, Rio de Janeiro/BRA, Verona/ITA and Stuttgart. Furthermore, his hereditary performance is unique.
His grand dam, the State Premium Mare Perle was competing under the name Padua successfully up to intermediate (M**) level jumping classes. Next to Arpeggio, she produced six successful sport horses, for example the advanced (S*) level class horse Chester (by Contendro I) and the up intermediate (M) level placed Aventino (by Acord II).
From The Hanoverian performance line of Justena come approved stallions like Adjudant, Assuan, Axtfeiler, Danton II, Fidux, Ganymed, Romeo and Rush as well as the sport horses Pamina/Otto Becker, SMA Milano/Remo Allgäuer, Play up and Dynamik/Lena Teichert. 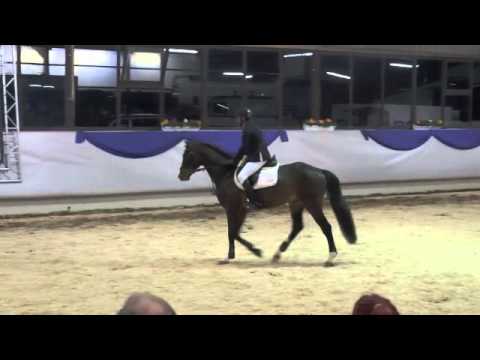 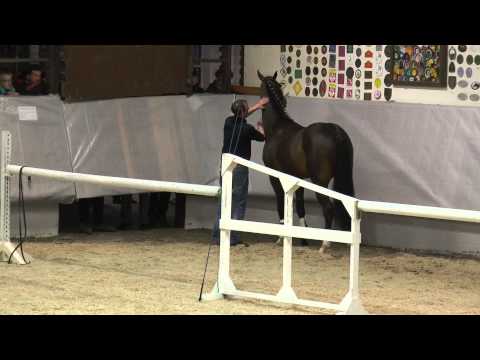 Bellini Royal 2014 under the rider 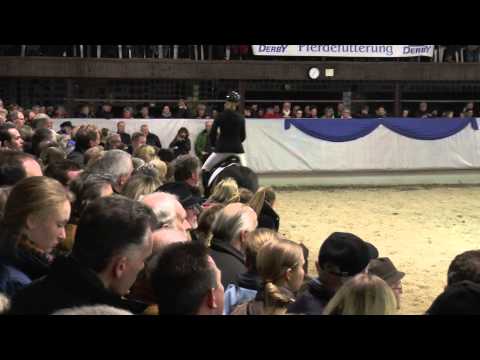