To our ambitious breeders we offer Congress, one of the most promising sons of Cornet Obolensky, whose damline of Rudilore is full of performance potential.

One of the most promising sons of Cornet Obolensky

In his first sporting season with Marie as a junior rider, the pair achieved successes up to 150cm level, including an 8th place at the German Junior Championships in Zeiskam/GER and placings at „Prize of the Best“ in Warendorf/GER and the Nations Cup and Grand Prix’s in Obgladbeek/BEL, Bonheiden/BEL and Hagen a.t.W./GER.

Congress was licensed in Münster-Handorf in 2008 and he was part of the public stud in Warendorf at first. In 2009, he finished his stallion performance test in Warendorf, where he was given a 9.5 for his jumping ability. In 2010, he was placed show jumping competitions for young horses, until he went to Zhaskov stud/UKR, where he was stationed until 2014. The progeny of Congress is endowed with a fantastic sporting attitude. His daughter Concordess NRW and her rider Philipp Schulze Topphoff became Individual European Champions for Young Riders in Zuidwolde/NED in 2019 next to multiple other competitors and his daughter Greatfull achieved a great victory at CSIO Hickstead/GBR with Laura Kraut/USA. Congress was born with exceptional jumping talent and definitely succeeds in passing on his convincing genes to his offspring.

Congress was born with exceptional jumping talent. The sire Cornet Obolensky, which is at stud at our stallion station, is a foundation stallion of modern show jumping breeding and ranked as the youngest stallion amongst the top ten of the most successful show jumping progenitors, according to the WBFSH (World Breeding Federation for Sport Horses). Cornet Obolensky was successful in sports, winning the Team Gold Medal at the European Championships in Madrid/ESP.

The dam state premium/elite mare Grannuschka, a full sister to the licensed and with Franke Sloothaak internationally successful Gio Granno, produced 4 licensed sons. Bred to Contender she produced the 1stOldenburg reserve champion Conterno Grande, which won the Grand Prix of Nörten-Hardenberg, Bremen und Mechelen/BEL with Marco Kutscher and Philipp Weishaupt. Bred to Cordalmé Z Grannuschka produced the premium sire Couleur Rubin, which won, ridden by Ludger Beerbaum, the Championat of Basel/SUI and the Nations Cup in La Baule/FRA. He placed second in the Masters League-Finale in Frankfurt and in Mannheimer Badenia, as well as third in the Grand Prix of Neumünster and in the Top Ten Finals in Genf/SUI etc. 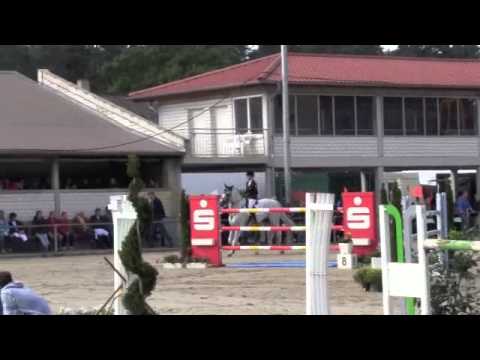 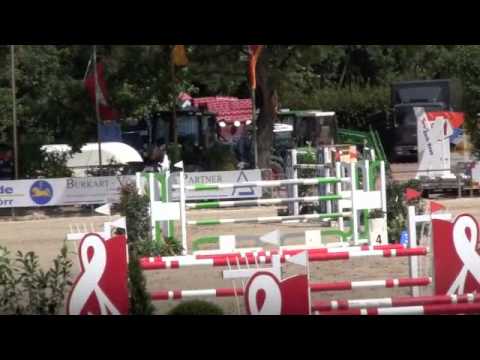